17 January 2022 – Innovation scale-up Wazoku has been recognised as one of Europe's most outstanding technology firms after being listed as one of the Red Herring Top 100 Europe winners.

“In 2021, selecting the top achievers was by no means a small feat,” said Alex Vieux, publisher and CEO of Red Herring. “In fact, we had the toughest time in years because so many entrepreneurs had crossed significant milestones so early in the European tech ecosystem. But after much thought, rigorous contemplation and discussion, we narrowed our list down from hundreds of candidates from across Europe to the Top 100 Winners. We believe Wazoku embodies the vision, drive and innovation that define a successful entrepreneurial venture. Wazoku should be proud of its accomplishment, as the competition was very strong.”

Red Herring’s editorial staff evaluated the companies on both quantitative and qualitative criteria, such as financial performance, technological innovation, management quality, overall business strategy and market penetration. This assessment was complemented by a review of the track records and standings of similar startups in the same verticals.

The award continues a remarkable 18 months of awards and achievements for Wazoku, which include:

Becoming one of the world’s first innovation firms to officially become carbon neutral.

“Wazoku is there to help enterprises, Government departments and not-for-profits to achieve their objectives, delivering sustainable innovation at scale – not to win awards,” said Simon Hill, CEO, Wazoku. “But it’s gratifying to be consistently recognised not only as a company helping to change the world one idea at a time, with a unique innovation proposition, but as an attractive place to work which cares about its employees, customers and the wider world. Some of the previous Red Herring winners are among some of the biggest companies in the world – truly stellar company for Wazoku - and this award sets us up nicely for continued growth and success in 2022 and beyond.”

Wazoku helps global organisations including AstraZeneca, HSBC, NASA, and Waitrose to connect and interact with employees, ecosystem, clients, and the rest of the world to generate fresh ideas as part of a larger innovation strategy.

END_OF_DOCUMENT_TOKEN_TO_BE_REPLACED 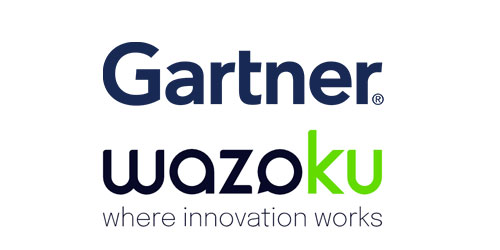